A national network of education agents

The International Student Education Agent Association (ISEAA) initiative established a national education agent association based in Sydney, grew its member base and delivered a Symposium.

ISEAA established its base in Sydney at Haymarket HQ, a strategic location close to education agents, government and industry. The association has participated in multiple conferences including the CISA conference, English Australia conference, International Education Forum in Sydney and Australian International Education Conference in Perth. ISEAA held an annual general meeting in Sydney in September 2018. ISEAA sponsored the Symposium on Leading Education Recruitment (SYMPLED2019) in Melbourne. The symposium brought together agents, government and industry under the theme of trust and transparency.

Since its inception, ISEAA has developed a values based approach for its education agent members focusing on the best interest of the students, promoting Australian education overseas, industry collaboration, acting ethically following the Australian Education Agent Code of Ethics and ISEAA Code of Conduct and social responsibility. ISEAA has grown its reputation to the extent that it is now regularly consulted by industry, government and peak bodies on student welfare issues, agent identifiers and the new nation brand project. The association has consulted with key stakeholders including TAFE Directors, English Australia and Universities Australia around education agent data and regulation.

ISEAA delivered on its symposium (SYMPLED2019) attracting 170 delegates of which included agents, providers, government and service providers. The theme was trust and transparency reflecting the opening of education data to the public and trying to build a better public persona of the industry. The association has grown its membership to 45 with 10 pending. ISEAA aims to have 90 members by December 2019.

The ISEAA initiative has not reached its membership target. This has been attributed to the 'wait and see' stance of large education agents overseas who are waiting to see whether ISEAA survives its first year of operation. Once ISEAA is more established, it is believed the membership will grow. 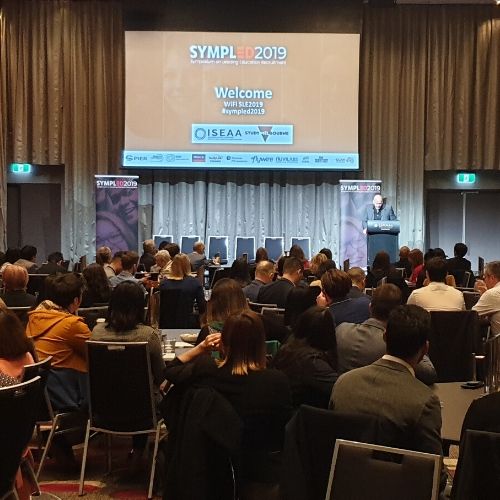